It’s election day here in the United States — you know, in case somehow you hadn’t heard. I’ll be heading to the polls as soon as they open so I can be sure to vote before I have to get to school and teach. I plan to be proudly displaying my “I Voted” sticker in all of my classes.

It’s no secret who I’ll be voting for. I’m not someone who shies away from mentioning politics online, so if you’re a friend on Twitter or Facebook, you know the deal. I am, after all, a university educator with a terminal degree in a liberal arts field. I also lived in Oregon for seven years, being educated by and alongside the biggest group of soi disant radicals you could imagine. When you think about crazy liberal university professors, you are thinking about my crazy liberal university professors. And, by extension, I suppose, about me. I don’t actually talk to my students about politics, which makes me a bit different from my graduate school milieu, but all of this still leads to one predictable conclusion: I am The Biggest Liberal Who Ever Libbed.

I took the “I Side With” political quiz, and it turns out I side 96% with the Green Party Candidate Jill Stein — and 82% with Barack Obama (that link shows my detailed results, if you’re curious). I don’t agree with everything Barack Obama has done. I’m a big old hippie, for example, so I’d prefer he not be so soft on giant agribusinesses like Monsanto. Environmental issues were largely left out of the debates, which disappointed me. I’m also a pacifist who doesn’t support war, or bragging about killing terrorists (no matter how downright evil they may be), or the use of drones.

I’m disappointed that LGBT issues were largely left out of the presidential debates. At the beginning of his presidency, Obama seemed too tepid on the incredibly important issue of equal rights for LGBT citizens. Sure, he repealed “Don’t Ask Don’t Tell” (a huge positive step), but for a long time he refused to come out in frank support of marriage equality. Now that he has done so, making marriage equality an official part of the Democratic Party’s platform, I’m even happier to support him. 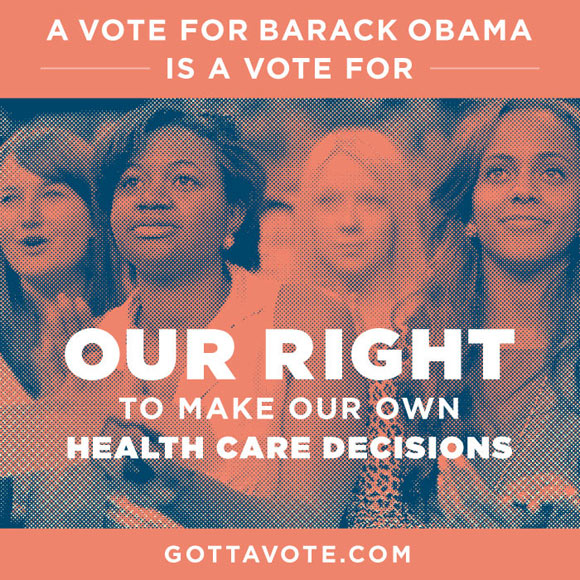 For me, the most important issues to consider are education, health care (including and especially health care for women), and equal rights. On these issues, Obama and I agree, so that’s how I’ll be voting.

I live in a very red state, so of course there’s no chance my vote for Obama will affect the election results but I still think participating in the process is important. Studies like this one that show how voting breaks down across different counties are fascinating to me — and this kind of information relies on all of us getting out there and voting, even if our little blue counties are a small percentage of the big red states we live in.  See you all at the polls.