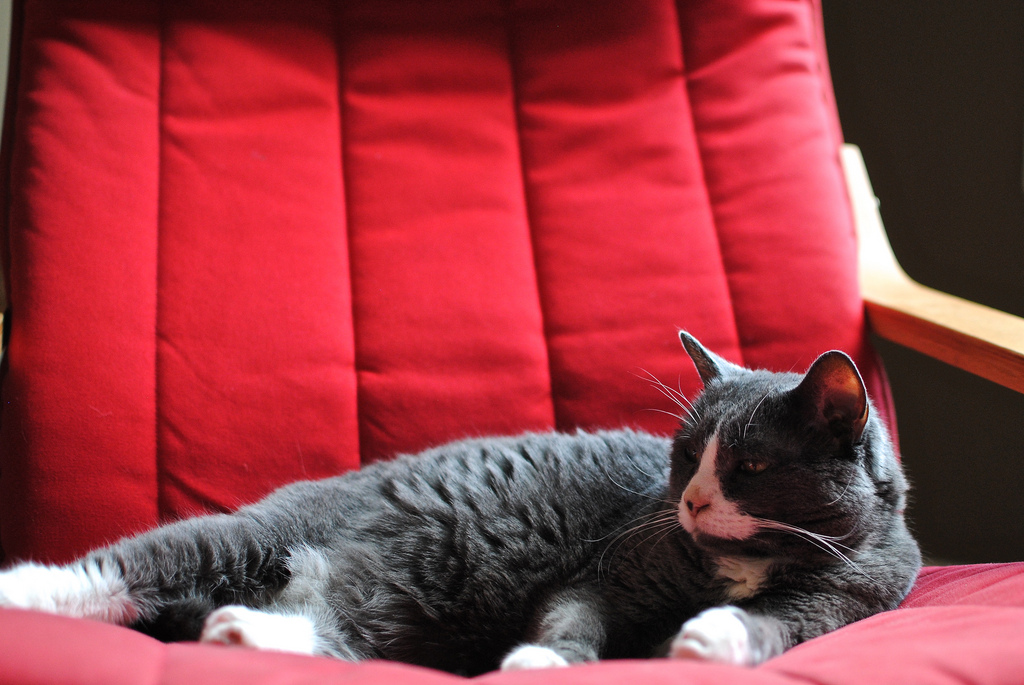 Greetings, friends! Spring break is officially here! Time to strap on your beer-funnel hats, slather on the sunscreen, and prepare to party. Well, or not.

While we had a quite lovely weekend with plenty of lounging, movie-watching, and mimosas at brunch, the official start of Spring Break (today) started off with a nasty pet situation. The cat, who is a known spite-pisser, decided to take a dump on the bathroom rug (again) and also to pee all over her bed. She has one of these cave-style beds, and she must have climbed on top of it and flattened it down and then peed on the top part. The pee went everywhere, though, including soaking all the way through the rug to the bathroom floor. So in addition to my usual pet-waste-related morning chores of squeezing the dog and emptying the litter box, I also had to do a load of laundry and clean the floor and scrub the cat bed. (CW helped, lest you think he is one of those lazy men you see on sitcoms & commercials who never does any chores at home.) I just. I mean. WHAT THE HELL, KITTY?!

In completely unrelated news, we rented Gravity last night. Who has seen that? Was anyone else just a little, I don’t know, underwhelmed? It was much shorter than I expected it to be and (relatedly) the plot was much narrower than I expected. I had not realized it was almost entirely just…Sandy in Space. Because I hate to get even the smallest soupçon of a spoiler, I try to avoid most information about movies before I see them. I am usually satisfied to know the writer, director, star(s), and genre — then I can just watch the plot unfold as intended. I don’t like to see long trailers or to read reviews. In the case of Gravity, I managed to avoid all this. In fact, the main thing I knew about this movie going into it was that most of my Twitter friends were very adamant that they were too freaked out or terrified to see the movie, the trailers, or the awards-show clips. So, basically, I go in thinking it’s a terrifying space movie starring Sandra Bullock and George Clooney, and then I get…well…I get… Gravity. Disappointed.

Hey, here’s another unrelated update: Physical therapy has been going very well lately! I have been able to do three 3-mile runs in the past week. I’m feeling great about that! If I can maintain three short runs per week for a couple of weeks with no pain during or after, I will be well on the road to recovery (and able to start increasing my distance again). I have been working my ass off, I’ve got to say. My therapist has me doing all sorts of balance work, squats, and lots of bosu ball stuff (single-leg dead lifts standing on the bosu ball, you guys. Ridiculous!). Last week, he had me jumping off of a box over and over while trying to land silently. So that was interesting. I do not land silently, let’s just say. At any rate, I am really glad I went back to PT as soon as the hip problems cropped up again. I think as a result I’m going to be spending less total time in PT and less total time away from running or other workouts. Last time I was on my butt for several months; this time I’m up and running again after about one month.

And now I had better sign off, because I’ve got a ton of laundry to deal with (thanks, kitty) and some single-leg balances to do. Ooof.