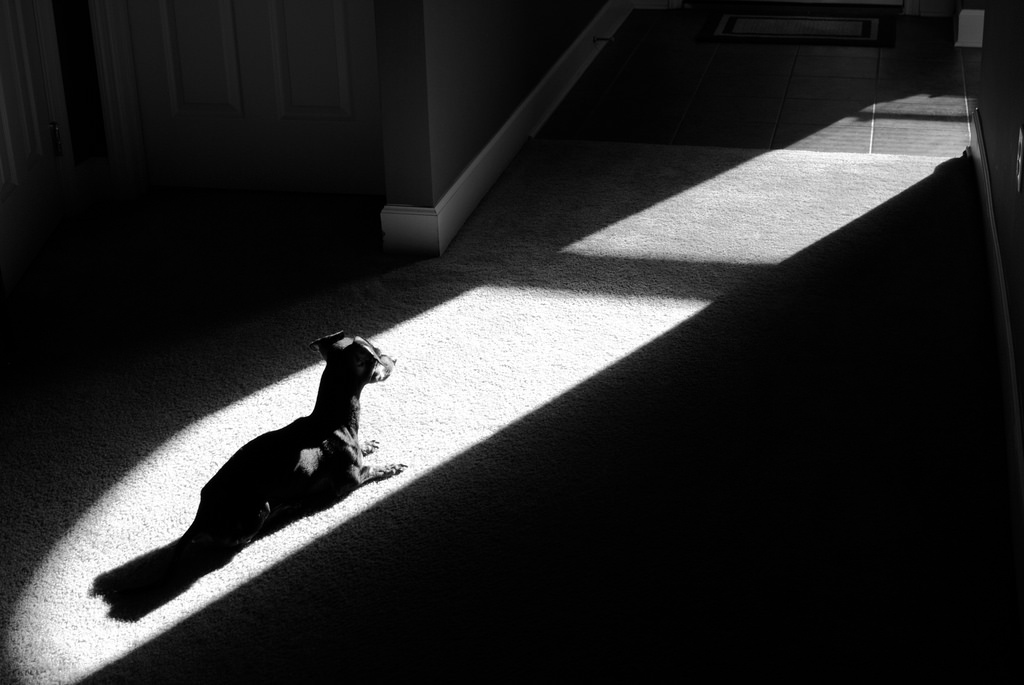 March seemed to fly by really quickly, and I think part of that was due to travel over spring break. By the time we were back from our trip, it felt like the month was basically over. I’ve barely even been around here this month (hopefully I’ll remedy that in April). The month was sort of mixed — a lot of grading happening at work, then travel, then some other work business and responsibilities taking over, like my annual review, meetings and other service, and plans for next fall already. Whew. That aspect of life is represented here, but I wound up focusing mostly on some of the out-of-the ordinary happenings when I picked my five favorite photos of the month. 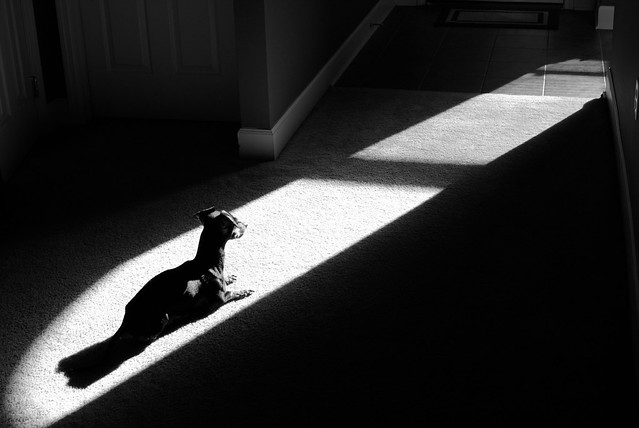 Look, this one I just love. Egon is so damned cute when he follows the sun around the house, moving to the new warm spot when the sun starts coming in through a different window. I have a few of these photos already, but this one is particularly striking to me because of the narrow beam of light and the way he seemed to position himself in it so perfectly. 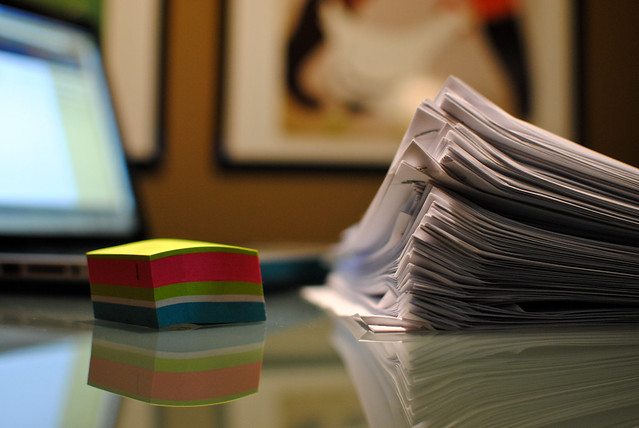 Grading. This only represents a tiny portion of the midterm grading responsibilities I have. It’s always a tough time in the semester for me — tougher than finals, for a lot of reasons. Getting through that part of the semester always feels like a real turning point. After I was done with this last pile, things were on the upswing. 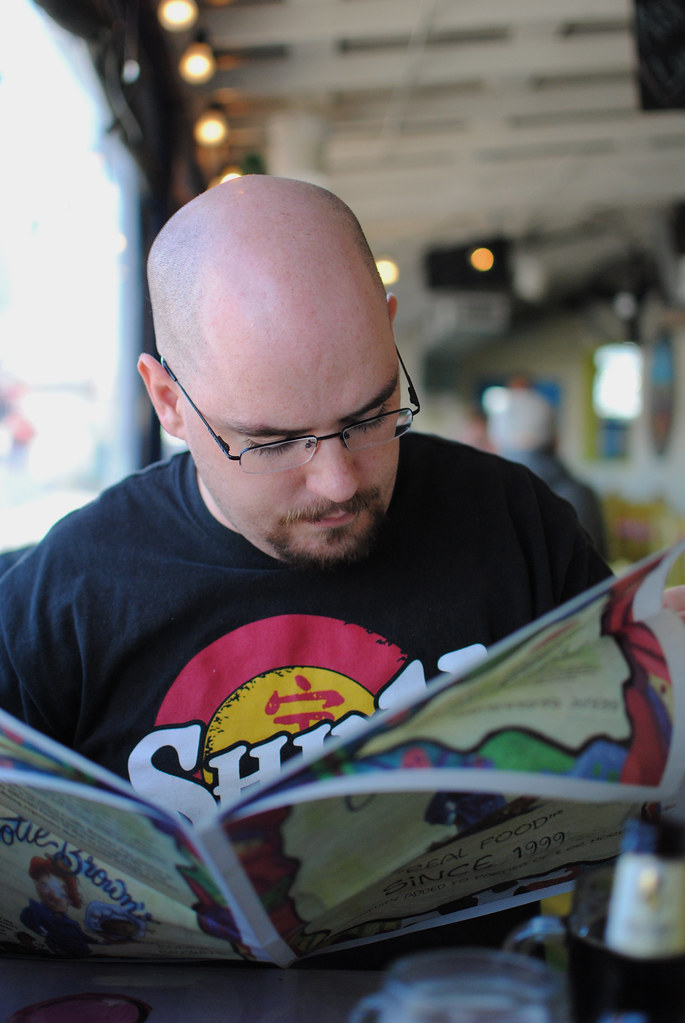 One highlight of our trip to Tennessee this month was getting to spend so much time with my brother. CW and I stayed in his apartment and the two of them got along really well, which was lovely for me to se. 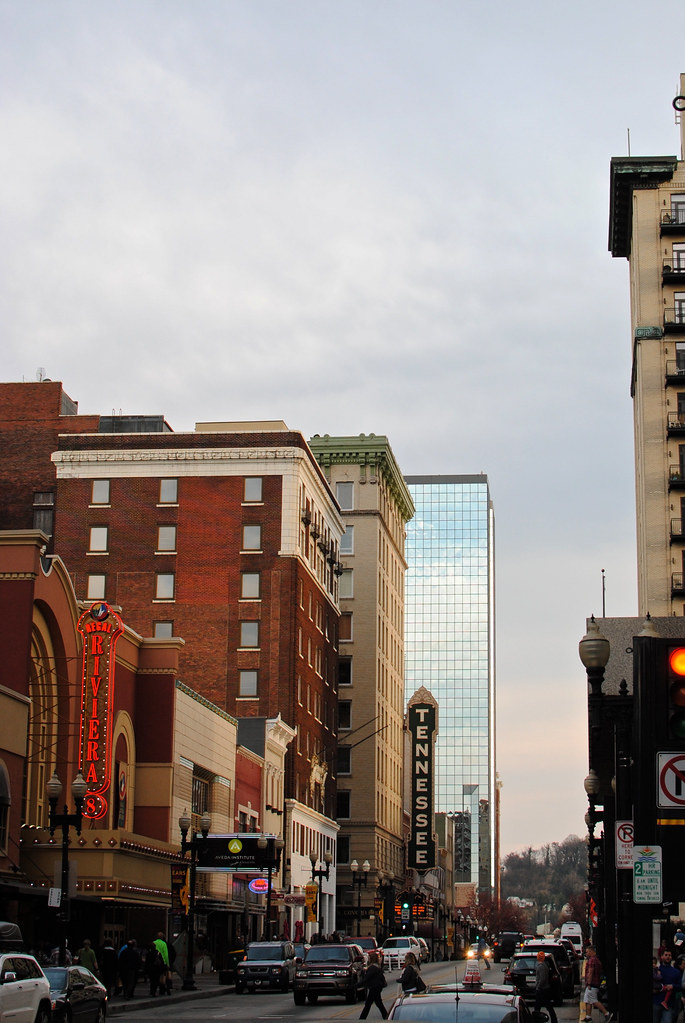 The Historic Tennessee Theatre in Knoxville. It’s beautiful on the inside, but I didn’t bring my DSLR in, so this is the only high-quality photo I got of it — I liked the way this turned out, with the late-afternoon light coming down the street and the sense of traffic and liveliness. 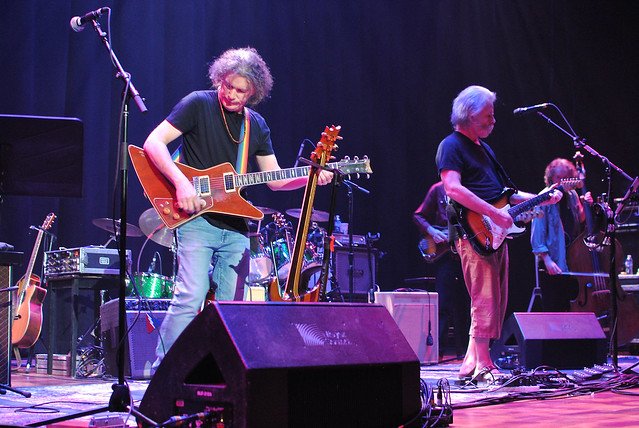 And of course I had to include a concert photo. This was taken in the Ryman Auditorium in Nashville — my favorite of the two concerts we saw.

And that was March — at least in photos. I can’t believe we’re already a full week into April as I type this. Good thing I’m getting caught up. More to come soon.