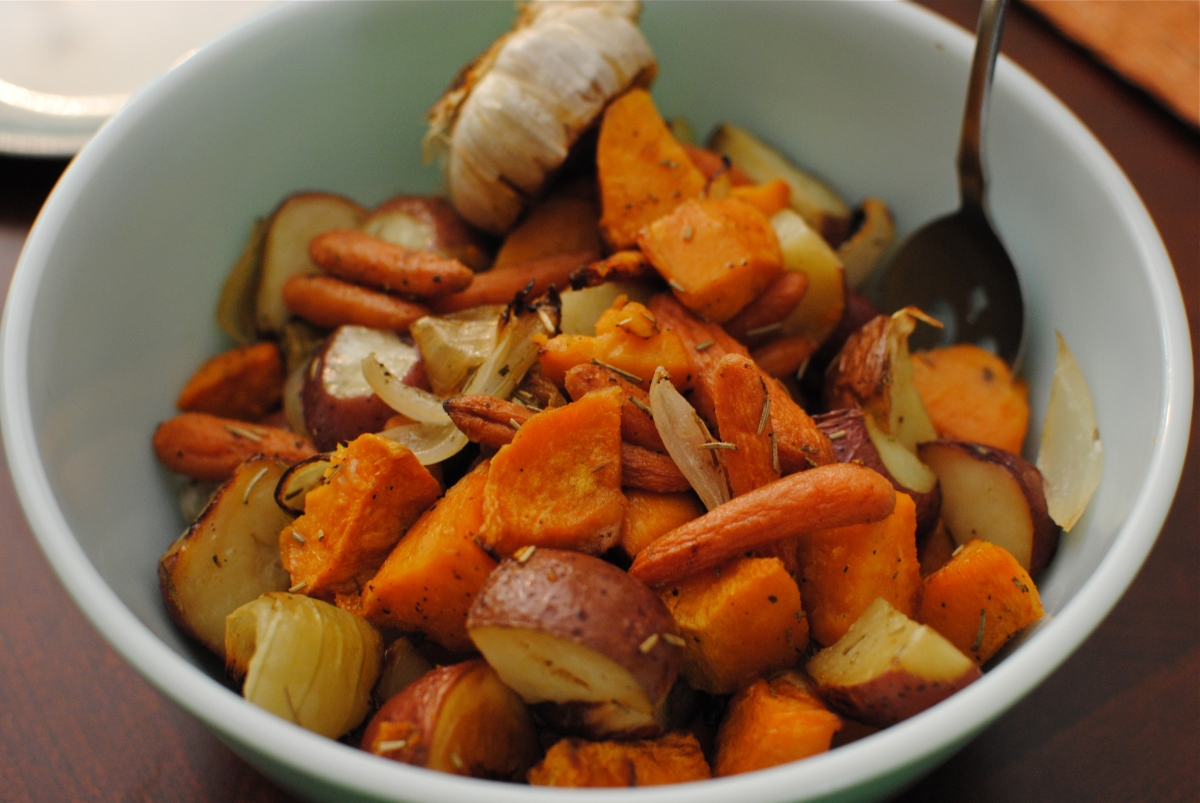 My husband has been marathoning old seasons of Top Chef lately, which means that at the moment I write this, he is in the kitchen watching an episode from season three while also talking his way through the flavors he is “layering” in his soup. The chefs on the show are always layering their flavors, you know. It’s alternately hilarious and adorable. Meanwhile, I am on the couch in the other room: “LAYER THOSE FLAVORS BABE! STACK ‘EM UP REAL GOOD!” I make a good flavor-layering cheerleader, see.

I will not regale you with the state of my respiratory system, but I will mention two things: 1) I could not teach today and 2) this soup will be much, much appreciated. This is one of those boons of marriage I was talking about yesterday — someone will make soup for you when you are sick. Not just heating up a can of Campbells, either. Serious flavor-layered shit.

Speaking of cooking! Thanksgiving is not too far away (hooray!) and CW and I are hosting my family this year. I am very much looking forward to it. Because we’ll have three extra people (my dad, brother, and stepmother), we’ll have an excuse to make so much more food than we normally would. I think we’ll probably do both a turkey and a tofurkey (or similar). Some kind of potatoes, of course — we were thinking mashed potatoes with gravy, but now CW is thinking maybe scalloped potatoes, because the ones we made over the weekend were so good. I always say that it can’t be Thanksgiving without some kind of sweet potato product, so I’ll probably do roasted root vegetables with a big sweet potato presence. Cranberry sauce, which I will hopefully persuade my brother to make. Something green (green bean casserole? Asparagus? something else?). And then pies.

Multiple pies! I am planning on apple pie and pumpkin pie. Last year, I used the Smitten Kitchen crust recipe, which I’ll probably do again. For pumpkin, I usually use the recipe on the back of the Libby’s can, which works out well every time. I’ve tried several vegan versions that were only okay, so I may stick with the non-vegan Libby’s. Last time I made apple pie I used a recipe in my Dishing Up Oregon cookbook, and it turned out great, so I’ll likely repeat that. I can’t wait.

For some reason I really like the idea of hosting my family for Thanksgiving. I’ve done it once before, at Christmas, when I was single, and it was just me, my dad, and my brother. It appears I blogged about it — my first time making a tofurkey! (All my archive searching to uncover that post led me to random old entries with empty spaces where the photos should be. It makes me think I should really go back through the blog and restore the photos lost in old domain moves, but enh.)

At any rate, I’ve hosted my family once before and it was great — they even ate the tofurkey without complaining about it being “fake,” and they went back for seconds. My dad and stepmother hardly cook at all these days, so it’s fun to cook for them. My brother is fun to cook for/with for the opposite reason — he’s been cooking a lot over the past couple of years and really enjoys it, so he likes to get in on the action. I’m hoping to get him involved a bit (and outsource some tasks to him, to be honest).

Bring on the holidays!