I’m currently early in season two and thoroughly enjoying it. If I remember correctly, I’ve seen the first couple of seasons more than once, but it’s been long enough that I don’t remember a lot of what happened. As far as seasons 3 and beyond, my memory is very foggy. Of course, I do remember the way the series ended, which I did not love at the time, and when it occasionally comes to mind as I’m watching now, it still pisses me off. I wonder if I’ll feel differently about the ending this time around? At any rate, I am enjoying spending time with Sawyer, Jack, Kate, Locke, Jin and Sun, Hurley, and Desmond.

As we moved from house hunting to house buying, it’s been really fun to watch this and other real-estate/remodeling shows. It doesn’t hurt that the brothers are both totally adorable. My husband has gotten into the show, too, and it’s just fun to sit around and think about all the things we can do with our new house — and, of course, to make fun of the often vapid and annoying people featured on the show. “I want my dream house, and I want it NOW!” — Actual Quote from a Buyer on the Show.

Downloading a book to my Kindle app instantly, for free, just never gets old. Sure, sometimes I have to be on the waiting list for quite a while (I’ve been waiting weeks and weeks for Paula Hawkins’ The Girl on the Train and I’m now number 10 on 6 copies — it’s getting close!), but it’s worth it. Here are a few I’ve read recently, along with my star rating (out of a possible 5): 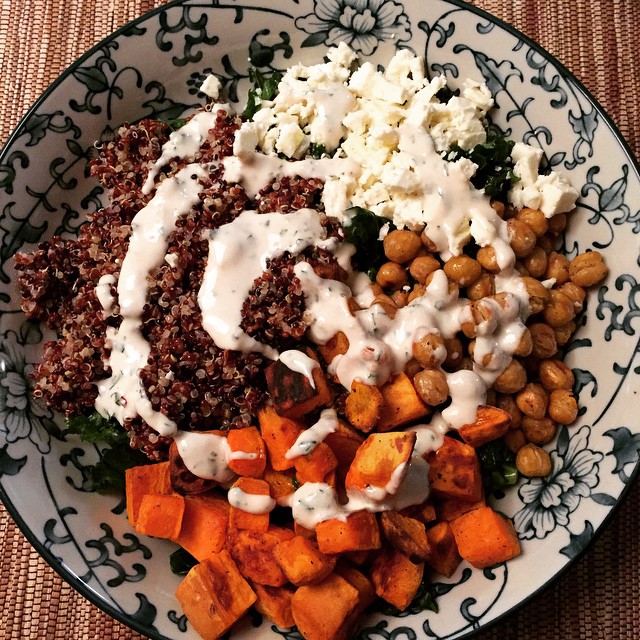 I found this recipe on Pinterest and, due to my love of all things kale and quinoa, I felt sure I would love it. I modified it by roasting the chickpeas first, but did everything else pretty much as directed. When I make this again, I’ll leave out the feta. I think, with the tahini dressing, the feta is not really needed. Leaving it out has the benefit of making the whole recipe vegan, which is something I like to do often. 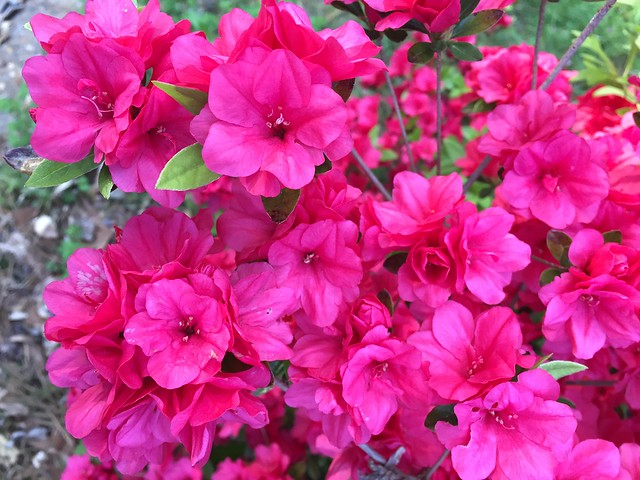 It’s azalea season, which is the loveliest time in Alabama. Enough said.