Do you use the Timehop app? I know a lot of my online friends do, but if you don’t, well, I may or may not recommend it. I’m not sure. It’s an app that, when connected to your social media accounts, will show you your posts and photographs from today’s date one year ago, two years ago, three years ago, and so on, as far back as the accounts go. Mine goes as far back as my earliest posts to Twitter in 2007. It’s entertaining and sometimes even thought provoking to see where I was and what I was doing in the past (or at least what I was sharing online). It can be reassuring, for example, to be reminded that this year is not an anomaly: that every year at this time I am busy complaining about the triple-digit temperatures where I live, or that every year when the middle of the semester hits, yes, I am in fact feeling just as tired and overwhelmed. It’s also fun to look back and see the time when my husband and I were first dating, or when Egon was a puppy, or when I was just starting my current job. So much has changed and so much has not.

My Timehop from five years ago, however, contains all the tweets that chronicle my breakup with a guy I had been casually dating that summer. The problem was that I was hoping that casually dating would turn into seriously dating. I thought we were just so perfect together and that surely this little fun summer romance would turn into A Thing. It had to. I really liked the guy, after all. But to my great dismay, he broke up with me. The nerve! I was so mad. And sad. I was smad.

Don’t you hate the feeling of having turned out to have been wrong about something you were so certain of? I think half of my breakup feelings were about that — I hated that I’d apparently been so wrong. I am hardly ever wrong. 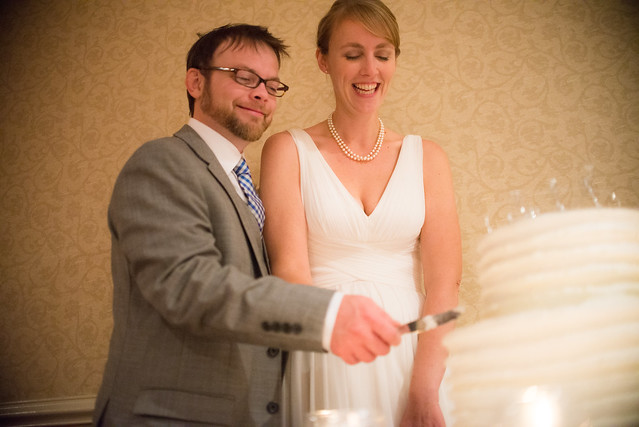 Well, it’s a good thing I have the patience to play the long game, because that guy from five years ago? Reader, I married him.

In spite of the happy ending in this case (because of course I turned out to be right after all!), rereading old posts gives me some mixed feelings. I don’t particularly enjoy reliving difficult events. It’s not that I don’t believe there are lessons to be learned from self-examination in general and from reflecting on the past in particular, but sometimes I just don’t wanna.

Some friends and I were talking about this phenomenon on Twitter the other day — we were wishing there were an option to block out periods of time from Timehop. Certain exes, for example. Breakups. Family crises. Losses. Fights. Disappointments. If we could just check a box for a specific range of dates and say, please, don’t show me these scenes from my past; don’t remind me of this; don’t take me back there. The app developers really need to get moving on that upgrade, I think.