It’s been nothing but pregnancy talk around here for a while, so I want to change things up. I keep running into the thought that I “don’t have time” to write substantially about anything more than once a week, so that time gets devoted to weekly pregnancy updates instead of anything else. Well, perhaps I don’t need to write substantially! Perhaps I will write trivially about things of little import! How about THAT?!

Here are a few things I’ve been doing lately:

Reading: I recently started Hanya Yanagihara’s novel A Little Life, and despite not being immediately gripped by the plot or characters, I have persisted. At about 80 pages in I was seriously wondering why I bothered, but I am currently about 125 pages in and now much more interested. I am usually not one to complain or be daunted by very lengthy works of fiction (some of my all time favorite books include Infinite Jest and In Search of Lost Time, for example; The Goldfinch was a recent favorite). I do generally find, though, that my favorite lengthy tomes are the ones that interest me immediately and in such an insistent manner that I am unable to stop reading after just one chapter. I don’t feel that way about A Little Life, nor did I about, for example, Ulysses. We’ll see how it goes.

Watching: Sadly I have finished watching Make it or Break It, the cheesy ABC Family show about competitive gymnastics. I was dismayed to find out at the end of S3E8 that I had just seen the series finale — I’d been expecting several more episodes. Having accomplished that proud feat, though, I’ve returned to my slow ongoing re-watch of Lost.   What I wish I were watching, however, is Hannibal. I got behind on the current season and then when I went to Hulu to catch up, all but the last three episodes had been removed. DAMN YOU, HULU. (No, they’re not available on NBC.com, either.)

Listening: Frank Zappa and Taylor Swift. With those two, you’ve pretty much got all your bases covered. Until, that is, the much anticipated (by me, anyway) Ryan Adams 1989 cover album is released. Bated breath over here.

Planning: My next nursery project, a couple of mobiles with //embedr.flickr.com/assets/client-code.js“>hand-sewn birds. I haven’t done a legit sewing project in MANY A YEAR, so this should be…something. 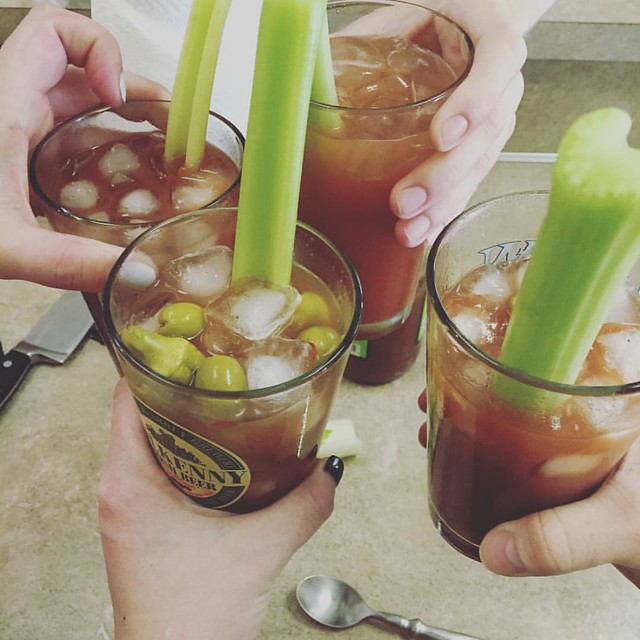 Loving: The visit from my friend C. and family over Labor Day Weekend! It was so nice to have them at our house and to have a couple of days to relax, hang out, catch up, and just spend time together. We went out to dinner one night and then the next day stayed in for brunch and then afternoon grilling at the house, with plenty of breaks for her 8-year-old to run around in the backyard and for our dog to follow him around hoping for a chance to play with the b-a-l-l. It was lovely. We need to do this more often.