These babies are three months old! That means they’re no longer considered “newborns,” doesn’t it? I think I heard that somewhere, but I’m not in the mood to go investigate and see if it’s true. Let’s say it is. Let’s say they’re just babies now. My goodness. 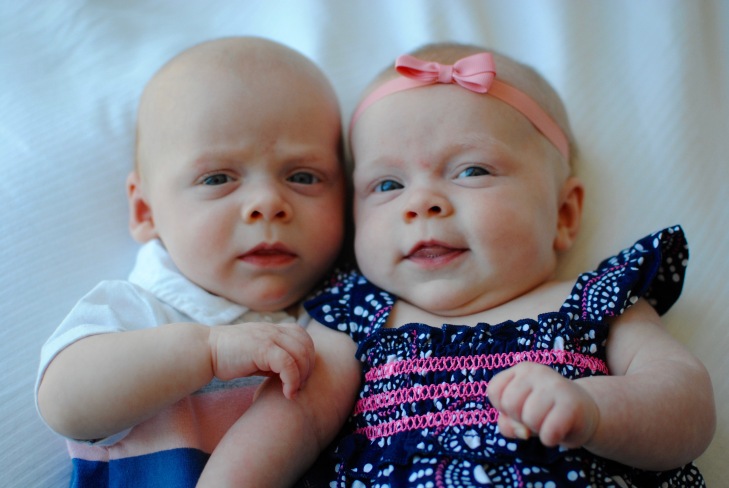 Why yes, that WAS just an excuse to throw in a newborn photo I hadn’t shared yet. I hope you don’t mind! That’s E on the left and L on the right.

These days they’re much more active and engaged. They really look at things, including at each other and at us. They smile and chat all the time (unless they’re screaming for some reason, of course) and they’re totally charming.

We survived our first weekend with me as the solo parent when my husband had to go out of town for a family funeral. Four days and three nights of tending to them myself was both exhausting and empowering. It wasn’t easy, but I realized I am fully capable of handling it. Everything got done and we all survived. I may have eaten delivery pizza and brownies for three out of four dinners, but that isn’t necessarily a complaint.

Of course, it was a huge relief to have my husband and teammate back — we have developed a fairly good routine and it feels like we’ve found a nice rhythm as a family. All of it is of course subject to change as the babies grow and their needs change, but over all it feels good. Go, Team!

We have spring break coming up, so since CW will be home all week, we are thinking of using that time to try to transition E and L to their cribs in the nursery instead of the bassinets in our room. They sleep most of the night in the bassinets, with only one wake-up for feeding, but we do sometimes let them into our bed if they wake up fussy but not hungry. That part may be complicated when it comes to moving them out of our room. I would LOVE for this move to happen, though, as it would mean reclaiming our bedroom from not only the babies and their bassinets, but also the changing table, diaper pail, and all the piles of clothes. And getting their tub out of our bathroom and into theirs. The clutter in our room is driving me nuts.

We need to decide once and for all on an audio-video or audio-only monitor. Their room is as far away from ours as you can get in our one-story house, and I’ve already discovered at nap time that you cannot hear them fussing from our room if they are in their cribs. And then we need to just do it. Do y’all have any advice about monitors or about transitioning to cribs? 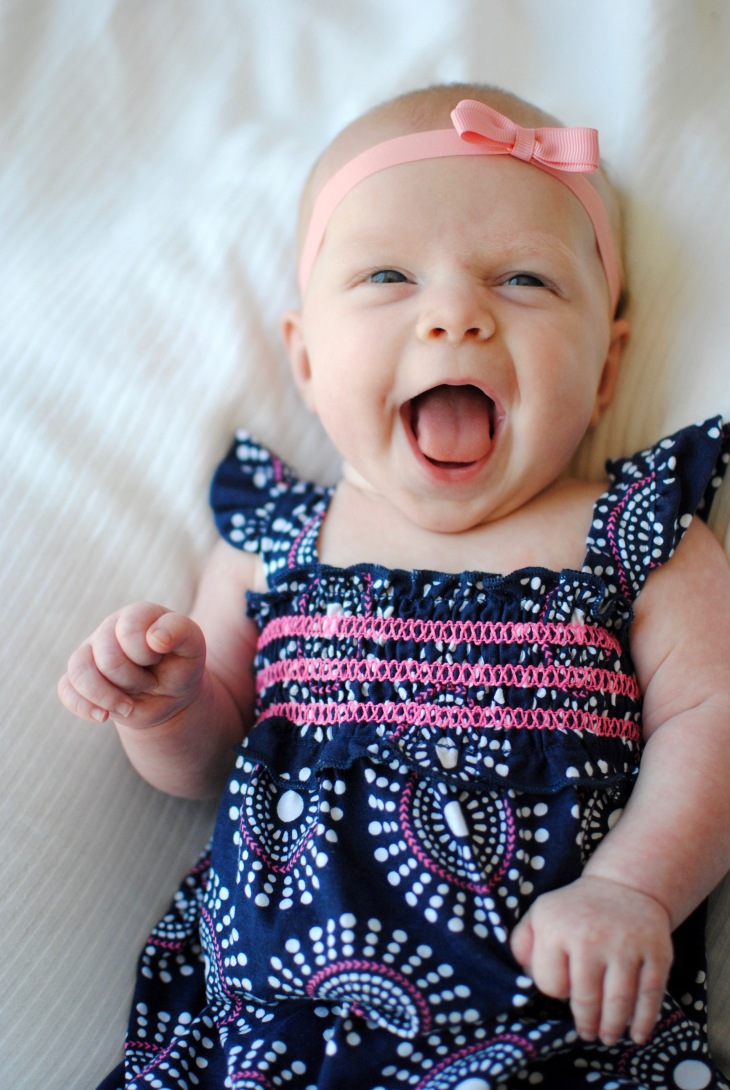 At three months, this little Jellybean: 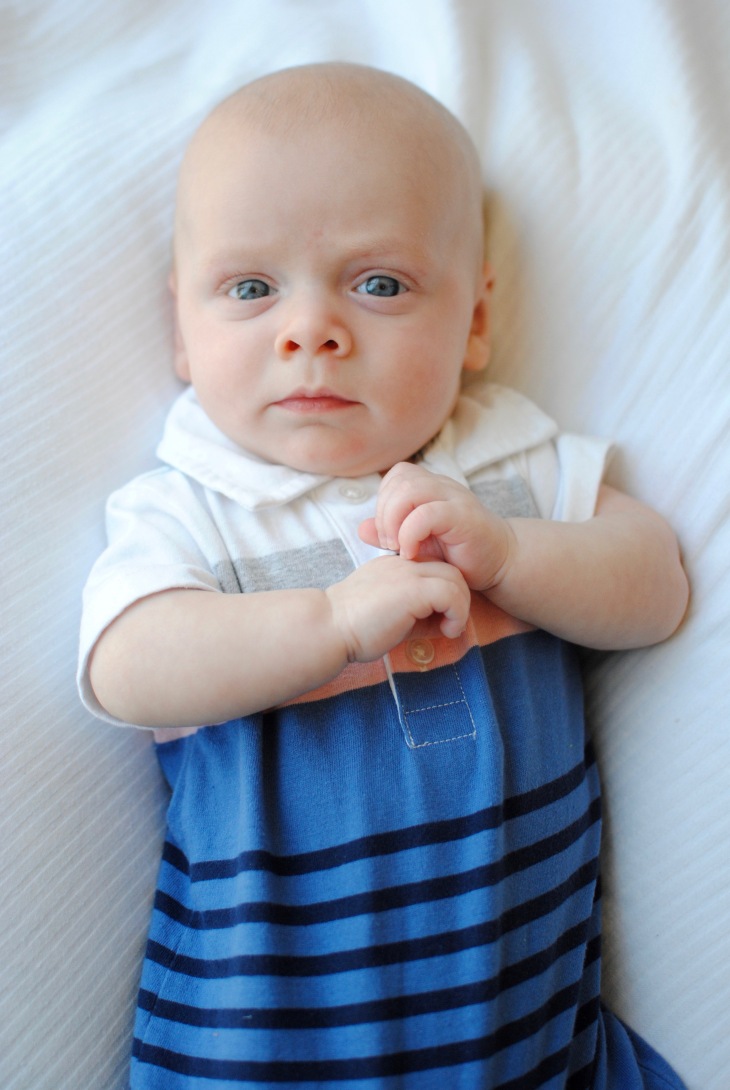 At three months, this little Blueberry:

All in all, they’re the two cutest and sweetest babies I’ve ever met and I just adore them.