Five months seems like such a long time all of a sudden! Much longer than four months. I don’t know why. The past month has had a lot of ups and downs for us. Sleep has alternated between barely tolerable and completely unbearable, but I don’t want to get into that too much. The babies and I went out on our first outing just the three of us (to breastfeeding group); they got to meet their uncle/my brother for the first time; and they went to their first happy hour party at some friends’ house. Busy babies! 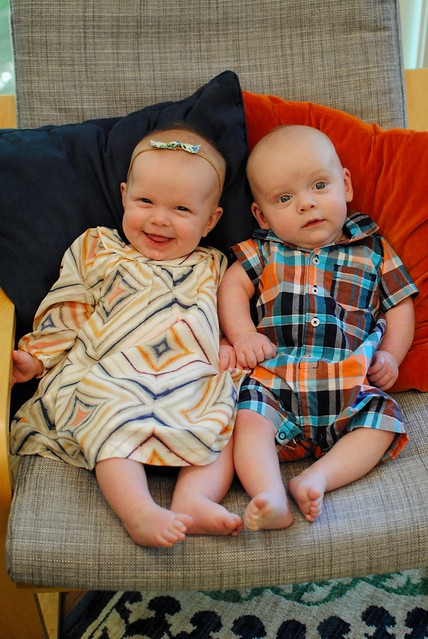 I’ve been going through whatever happens to your hormones at 4+ months postpartum, which for me has included extra fatigue, headaches, hair loss, and extreme irritability. So that’s been fun. On the other hand, a few physical things are finally back to normal(ish) after pregnancy, which just goes to show that recovery takes much longer than six weeks. I’m also easing back into work by prepping my online course for the summer. I’ll largely be working from home over the summer, but a day at the office now and again is helping me feel a bit more normal.

But enough about that. Let’s look at some babies! 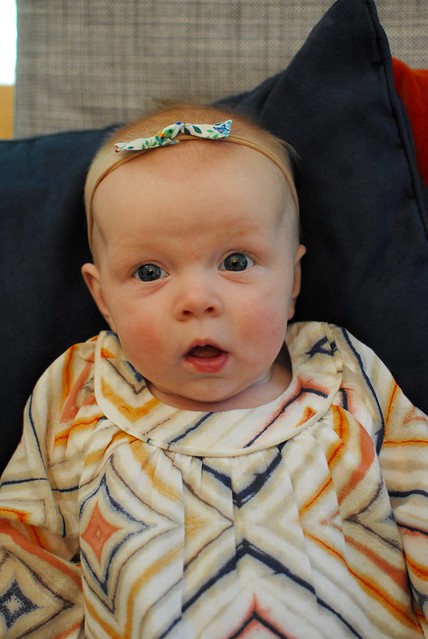 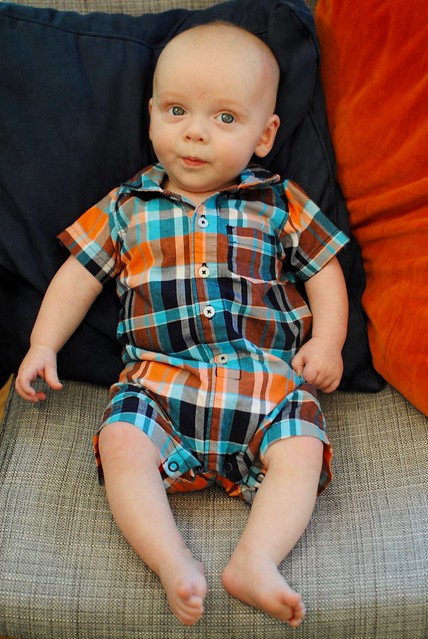