The twins turned seven months old on the Fourth of July! We spent the day driving toward home at the end of our two-week summer road trip, and spent the night in a random hotel room in Tennessee. E&L were so, so great on this trip. I had been dreading it (crying in the car, disrupted schedules, no naps, and bad hotel sleep!), but the babies proved to be very adaptable. Sure, there were some car-seat meltdowns, but over all things were absolutely fine. Phew! So 6.5-7 months seems like a good time to road trip with your baby/-ies, judging by my very small sample size. 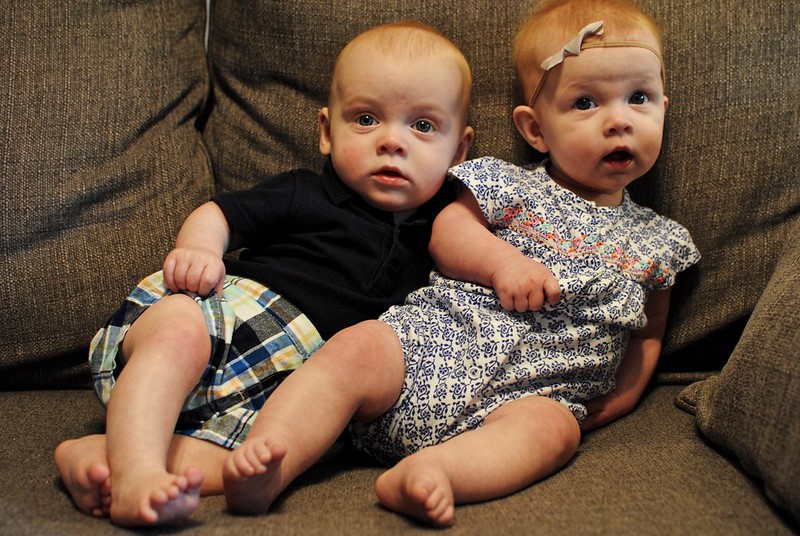 These two are growing so fast, it’s crazy! They started eating some solid foods in the last month and they seem to really enjoy it. We do some spoon-feeding and we also let them feed themselves somewhat. They love bananas and watermelon the most, and will also eat tons of different vegetable purées. They’re so mobile and so interactive and they just have such big personalities. They’re really a lot of fun right now and I’m trying to soak it up during these last few weeks of maternity leave. (I’m teaching one online class right now, so I’m technically working, but mostly still at home. I go back full time in August.) 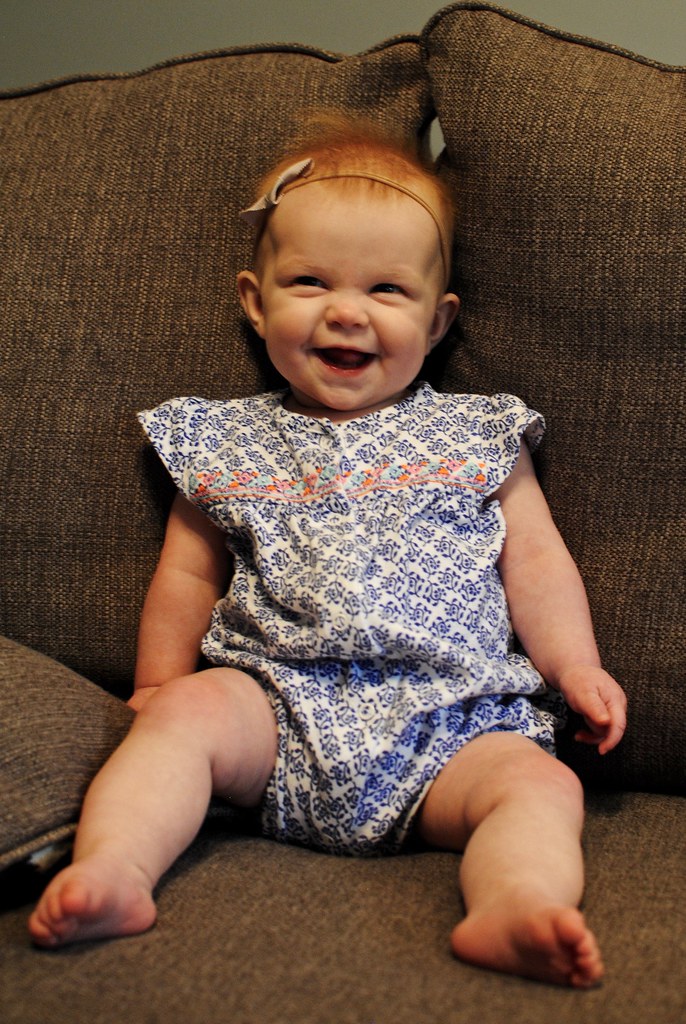 This photo is my little Jellybean to a T. Smiling, laughing, scrunching her nose, and just generally being a delight.

At seven months, she: 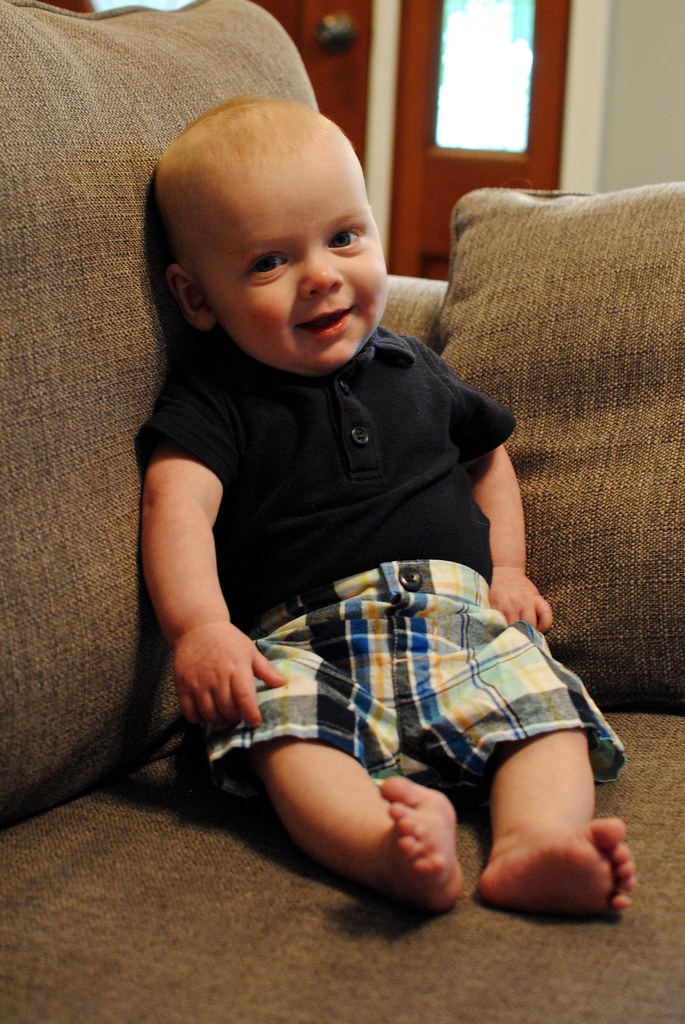 And my little Blueberry. Such a sweet, happy guy — unless you take the spoon out of his mouth before he wants you to, then you’d better watch out. Heh.

At seven months, he:

Basically, these are the two best babies ever. Try to refute it; you cannot.