E&L are eight months old! That seems so old! I can’t believe it. Two-thirds of a year. They’re so, so fun right now. They’re learning so much, crawling, sitting, eating solid foods, and so on. They’re generally happy, interactive, and loving. Just a joy to be around. 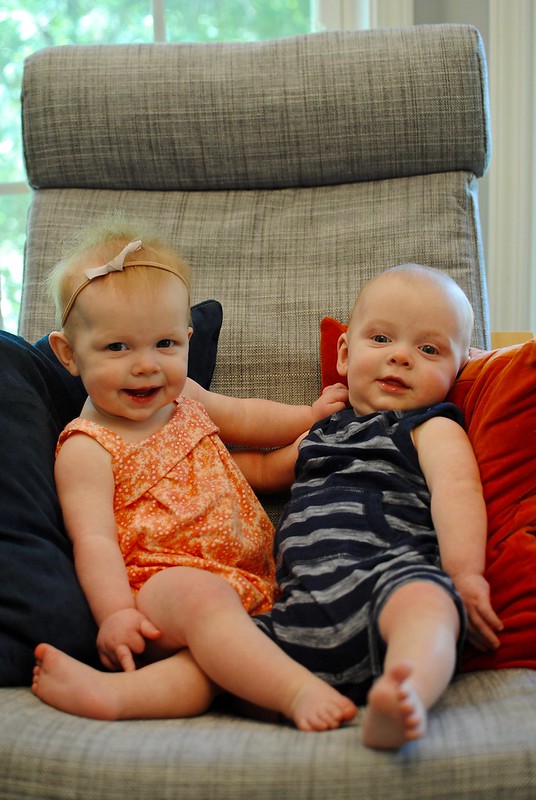 We went ahead and bought two new convertible car seats for them, even though they still currently fit in their bucket seats — we wanted to have car seats in each of our two vehicles, so we’ll have the new seats in one car and the old ones in the other car (until they grow out of them, when we’ll have to buy two more convertibles). We’re getting ready to have to lower their crib mattresses in preparation for them being able to pull up to standing, which E has recently started to try to do. So many changes are happening right now! The babies are adjusting with aplomb, but it all feels like quite a whirlwind to me, not least because I’ll soon be back at work full time.

At eight months, both babies consistently sleep through the night (from about 7:15 – 6:00 or 6:30). Often, they will wake up at 6 in the morning and then hang out in their cribs, head to head, talking and cooing at each other for a good half hour before starting to complain. They nap twice a day for a total of about 3-3.5 hours. We’re so grateful for their improved sleep and napping habits! They take 6-oz bottles 5x per day, plus a mini-bottle right before bed. They’re eating solid food at dinner time, including purees, cereal, yogurt melts, and some fresh fruit/vegetables from their mesh feeder thingies. They’re getting better and better at grasping the small, bite-sized bits, so we’ll probably be expanding their repertoire soon. 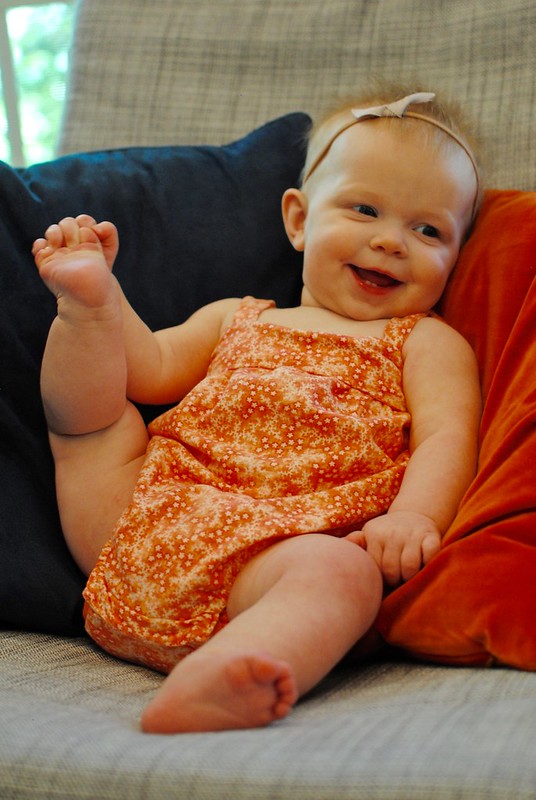 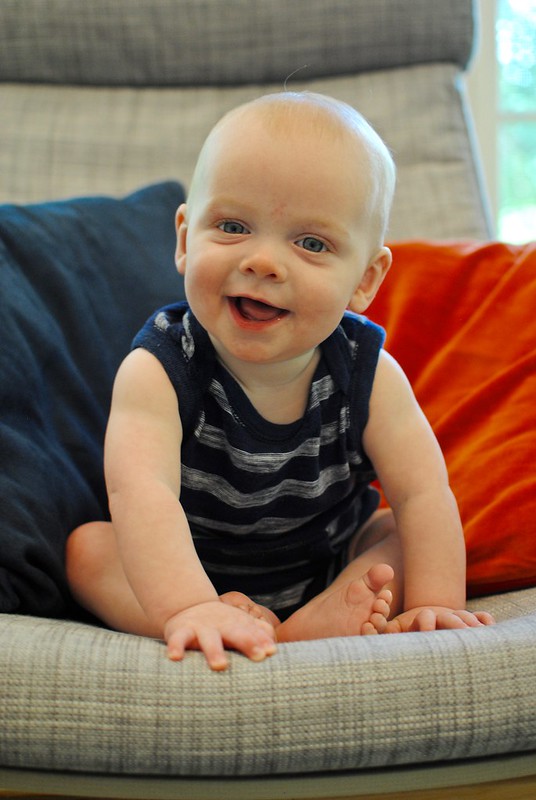 We have the best babies.