My little Jellybean and Blueberry are nine months old as of Sunday. Nine months feels like an awful lot of time. They were only on the inside for eight months, after all, and that felt like forever. 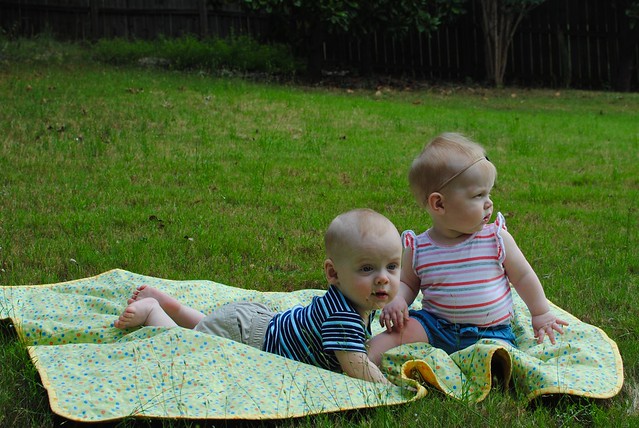 They’re growing and changing and learning so much every day now — it seems like they’re different people every time I look around. Wasn’t I just carefully hovering around them as they tried to balance while sitting, for example? Now they’re standing up, so I’d better get to hovering in a slightly more elevated position.

Things are exciting. They’re going everywhere and getting into everything — with a distinct preference for things they shouldn’t be getting into. Cords and wires, tiny objects, and breakable things all seem to have some powerful magnetic force drawing the babies into their sphere. No, that phone charger is not a toy, young lady!

They’re eating all sorts of new foods, finger foods especially. The recent hits have been Cheerios and pineapples. They also seem to like plain tofu, sweet potatoes, applesauce, and bananas.

We also now have a part-time babysitter (two mornings per week, so far), which is kind of a huge milestone in that they’re being cared for by someone other than family for the first time. She’s great, by the way, and the babies love her, so we’re very happy to have her around. 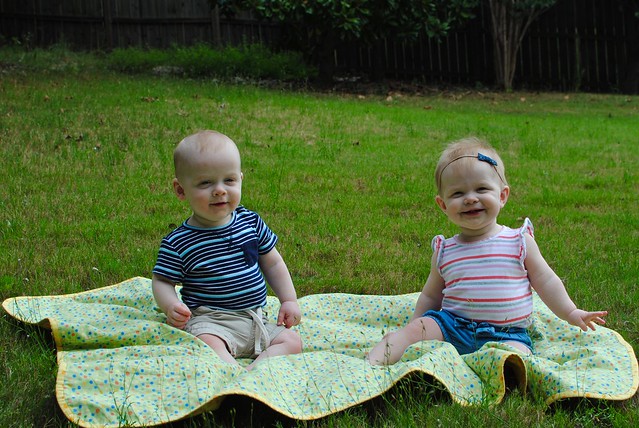 They’re relating to each other more and more, and often spend their mornings and their post-nap times sitting together where their two cribs meet, chattering to each other and passing their binkies back and forth in their own little game. When they’re playing in their room, they’ll often follow each other around to see what the other one is doing, and, if it’s an exciting and/or destructive activity, they’re very quick to help each other out. Other times, they simply knock each other down, use each other to pull up to standing, crawl over each other, or grab each other’s faces. (Hashtag twinproblems.) They’re fantastic, truly. 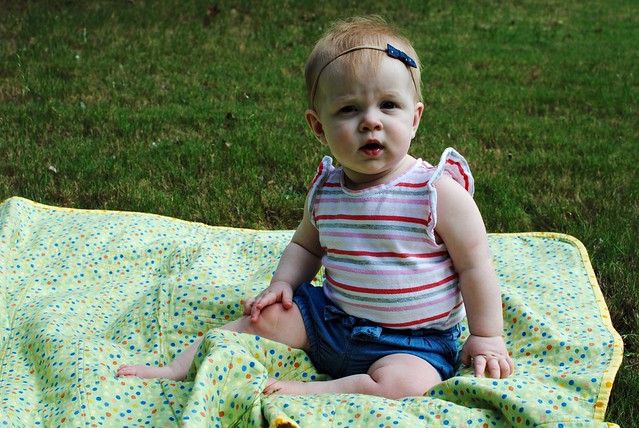 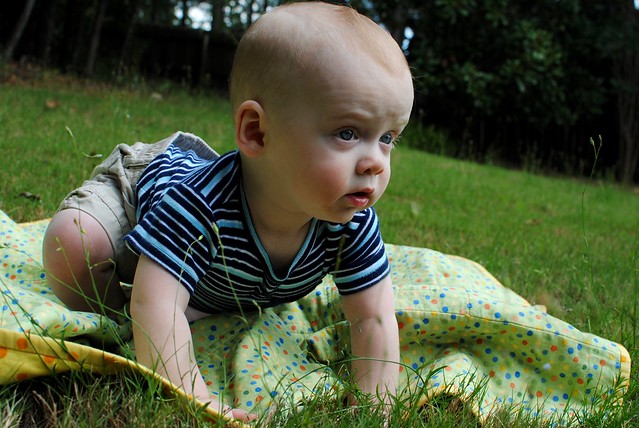 Needless to say, I think they are the best babies ever. When I think of all the things that had to come together for these two specific babies to exist in the world, I’m just astounded. And thankful.