E&L turned eleven months old on Friday. It’s so weird how time keeps passing and every month they’re another month older, isn’t it? Yeah. That. In less than a month, we’ll celebrate their first birthday. Somebody hold me!

They’ve grown so much, I’m constantly amazed. Last week, I swear L’s feet grew so much overnight that his little sneakers no longer fit him. How does that happen?! 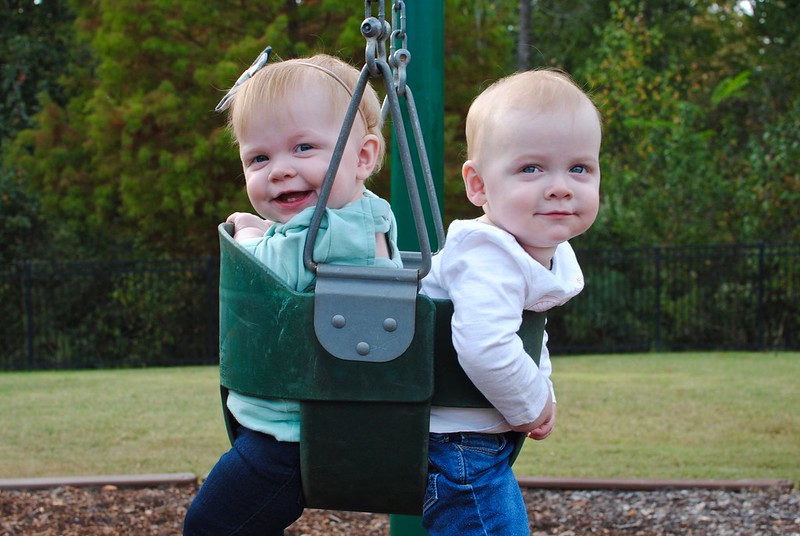 This past month they celebrated their first Halloween, to everyone’s great delight. They also had their first trip to the neighborhood playground to play on the swings. As you can see here, they are the perfect age/size to share a swing, and they had a blast. The loved going down the slides (in our laps), too. I’m so thankful for slightly cooler weather, which means we’ll probably be spending plenty of time down at the playground in the coming weeks. 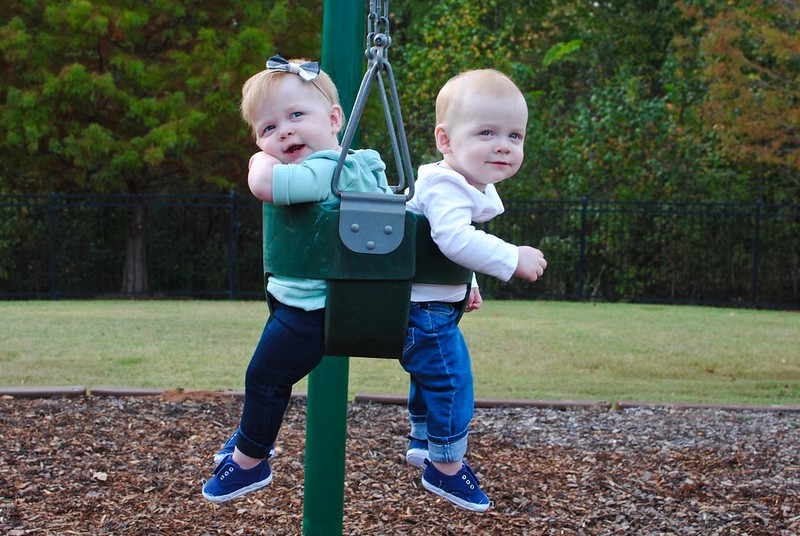 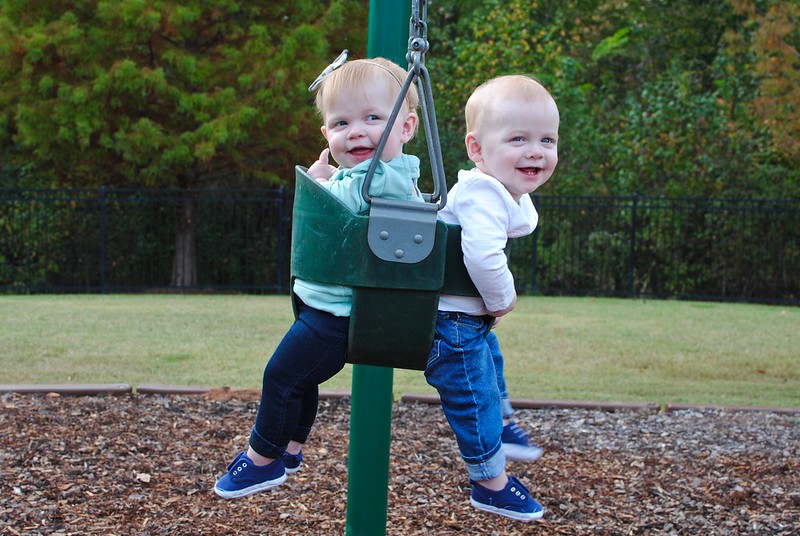 We have so much fun with these two. It’s even better than I imagined, you know?