One year old. I can barely believe my babies are ONE YEAR OLD, but the calendar does not lie. This time last year, they were squishy, tiny, wrinkly little babies who weighed a total of almost-twelve pounds at birth (and less than that when they came home from the hospital).

Today, they’re learning to walk, trying to talk, climbing the furniture, expressing their preferences for food and toys and books and fashion accessories, and it’s almost like they’re actual little people or something. TWO of them. Some people would even call them toddlers. (Not I, though. They’re babies. Large babies.) 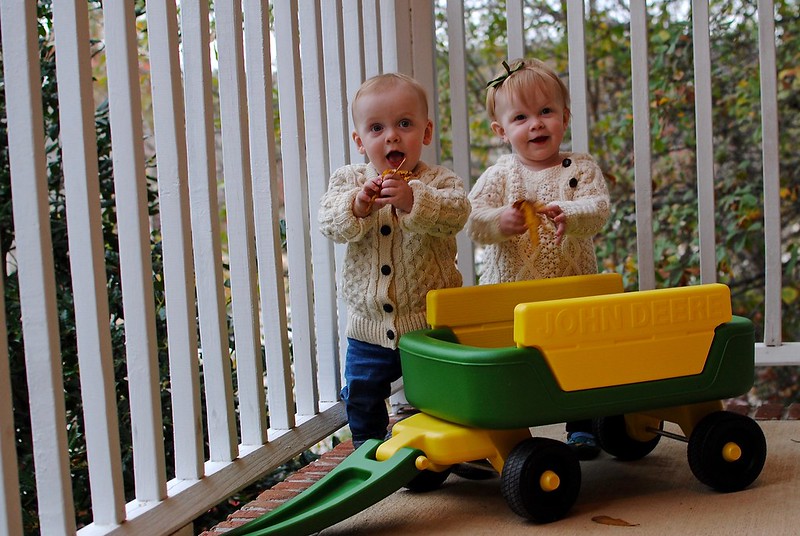 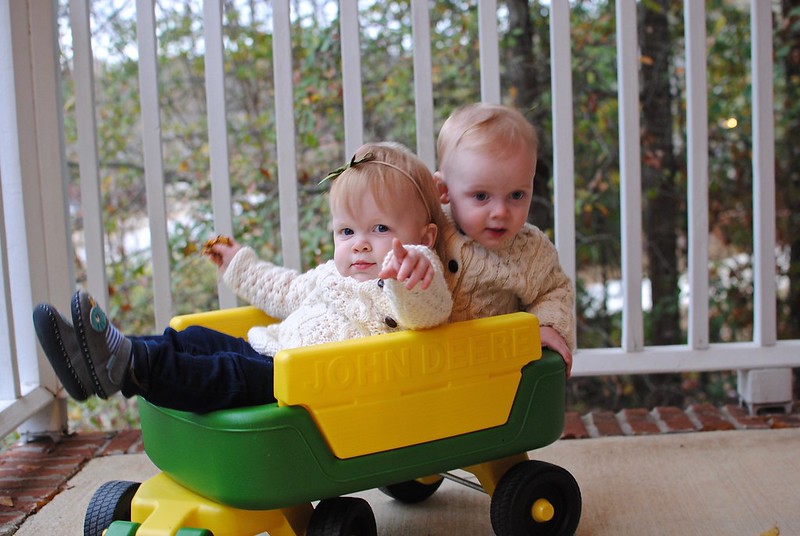 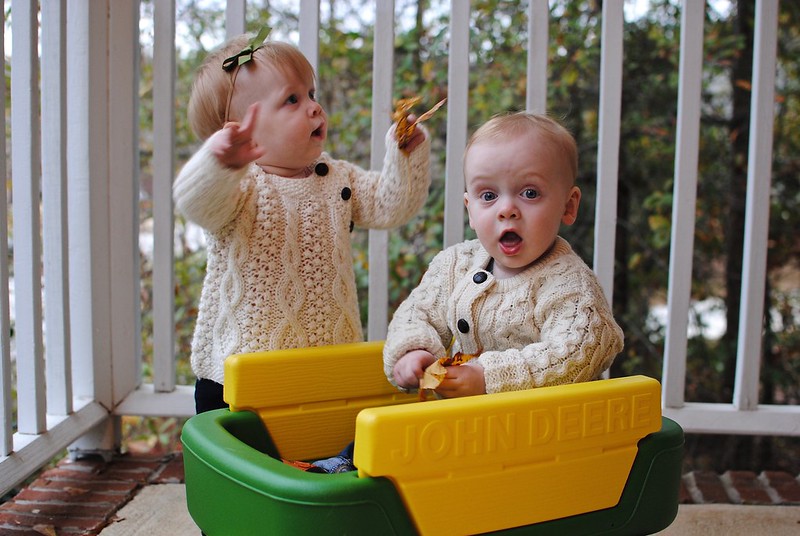 In the past month, they’ve had their first Thanksgiving, which was great fun. Last Thanksgiving, we were just not sure how soon the babies were going to come, so we held off on making any plans because we thought we might wind up in the hospital. It turned into a quiet day at home (my husband cooked) and the babies waited another week or so to make their arrival. This year, we had two new little faces at our table! We let them try all the foods we were having: roast chicken, mashed potatoes, roasted root vegetables, green bean casserole, cranberry sauce, and pumpkin pie with whipped cream. They loved everything except the moment when CW sprayed a tiny, tiny blob of whipped cream into their mouths directly from the can (they were not into that at all, whoops!), but then they wound up enjoying dessert when we put a little bit onto their trays for them to pick up themselves.

Saturday, we had their birthday party, which turned out to be really fun. My BFF Claire a and her son visited for the weekend, plus we had our local friends over, many of whom also have little ones. There were a few kids around from age 5 months to 9 years, and they had fun running around and playing with some of the twins’ toys. We had brunch food and mimosas and cupcakes, and of course tiny smash cakes for the babies to try. 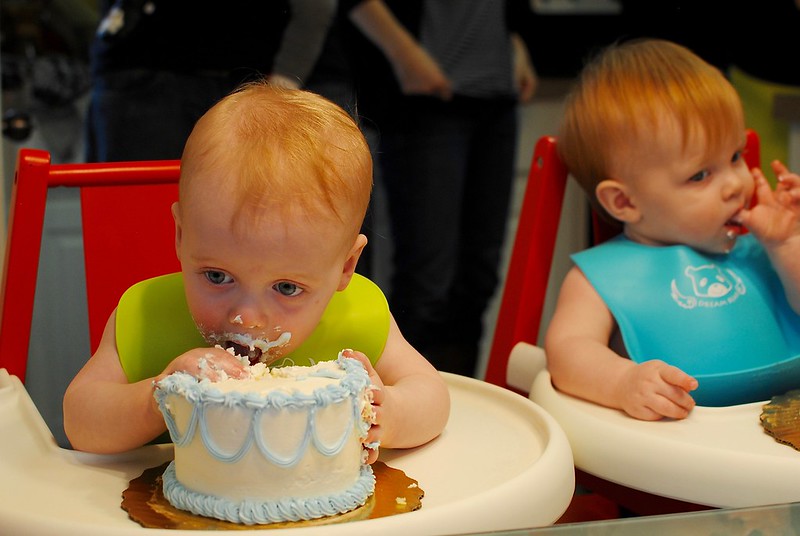 Y’all. The cake. It was amazing. E enjoyed her cake, which she dug into with one hand and ate fairly neatly. L, on the other hand, quickly realized that cake is delicious and that eating with one hand is not nearly effective enough. Perhaps he realized that this was a limited-time situation and that the cake would be taken away at some point, so he decided to dig in with both hands — and then quickly moved on to diving face first into the cake. We were DYING laughing. I will never forget it. Dude just kept going and going, both hands sunk knuckle-deep into the sides of the cake, frosting all over his face, and eventually ate (“ate”?) a not insignificant portion of cake and frosting. I am so proud. 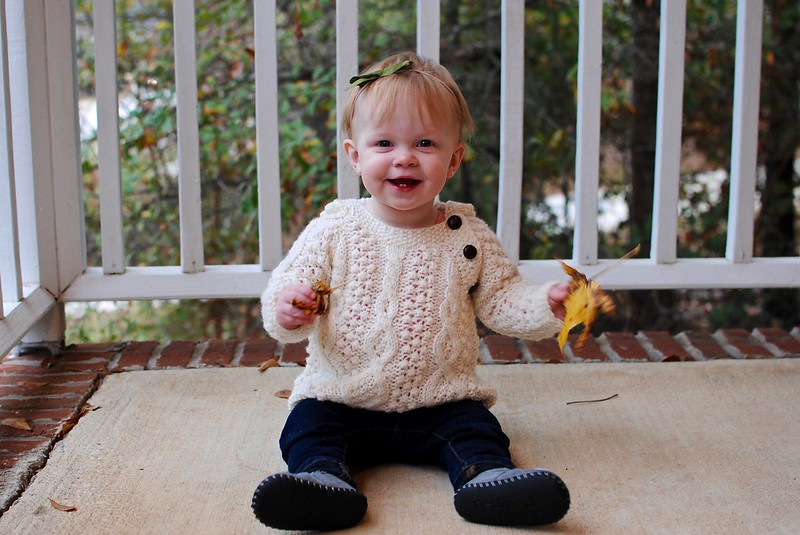 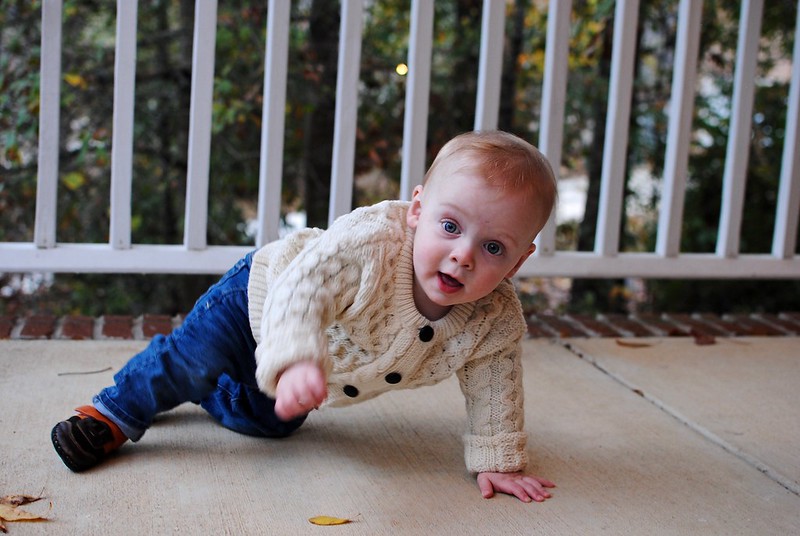 I love watching them grow up so much. We’re so lucky and thankful to get to be their parents.