My children are now one and a half years old. By the time I post this, they’ll actually be closer to two than they are to one, which seems crazy to me, but the facts check out. Time is indeed passing.

I’ve chosen not to do monthly updates this year, but I thought 18 months seemed like a pretty nice milestone to bring back the scrapbooky twin blog post. I haven’t been writing here, but I have been taking photos every month — a project that gets tougher and tougher the more mobile and independent these two become. They certainly do not pose or smile for the camera, but they are, as ever, fully themselves. Here are a few photos from the last six months: 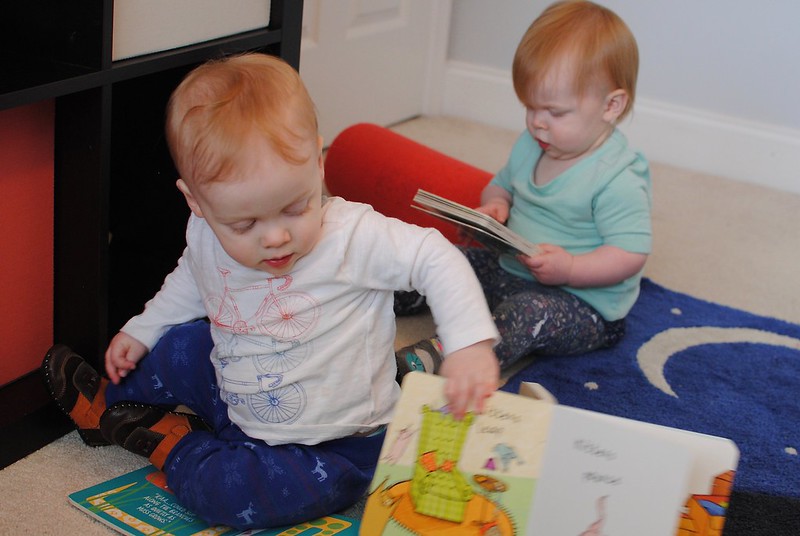 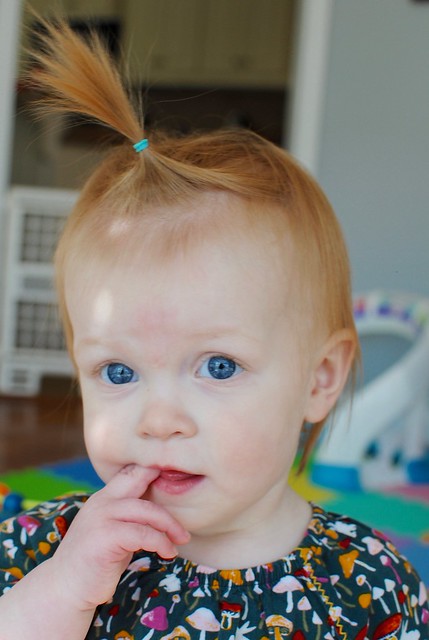 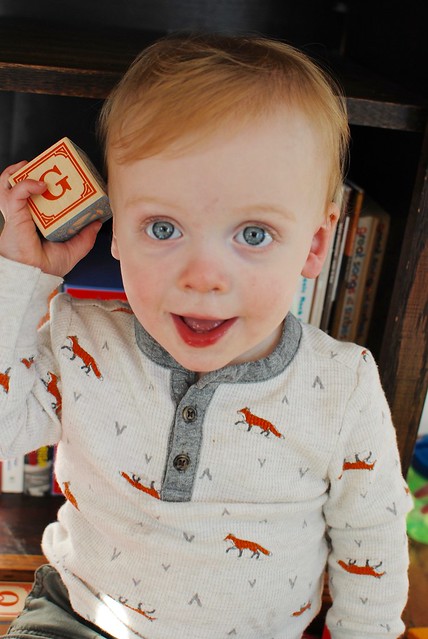 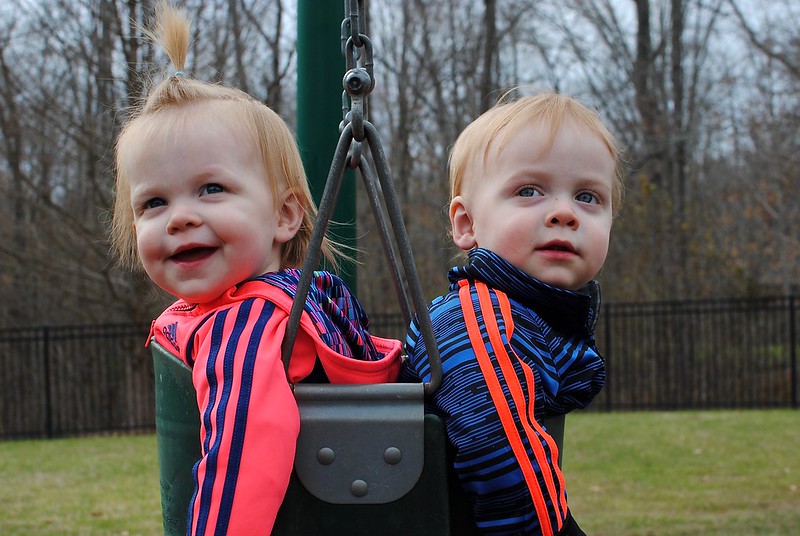 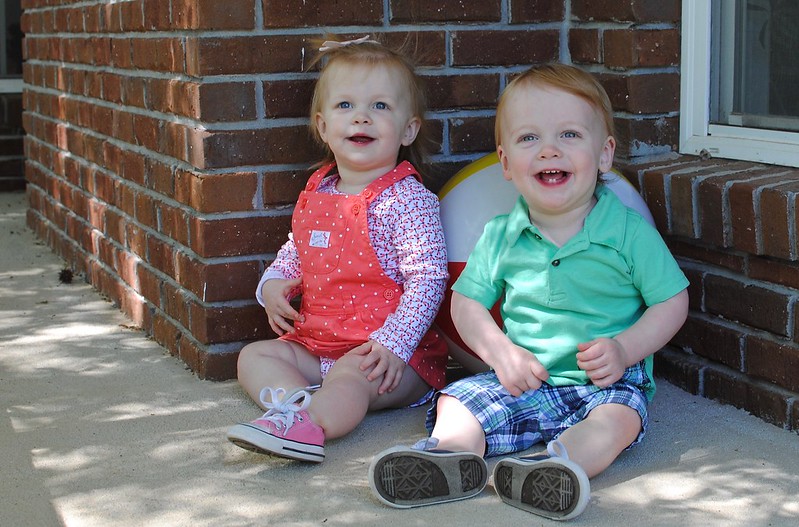 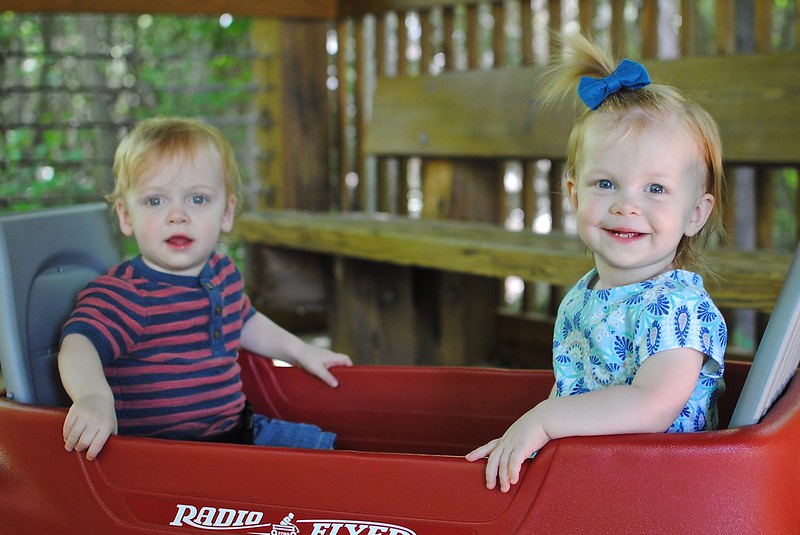 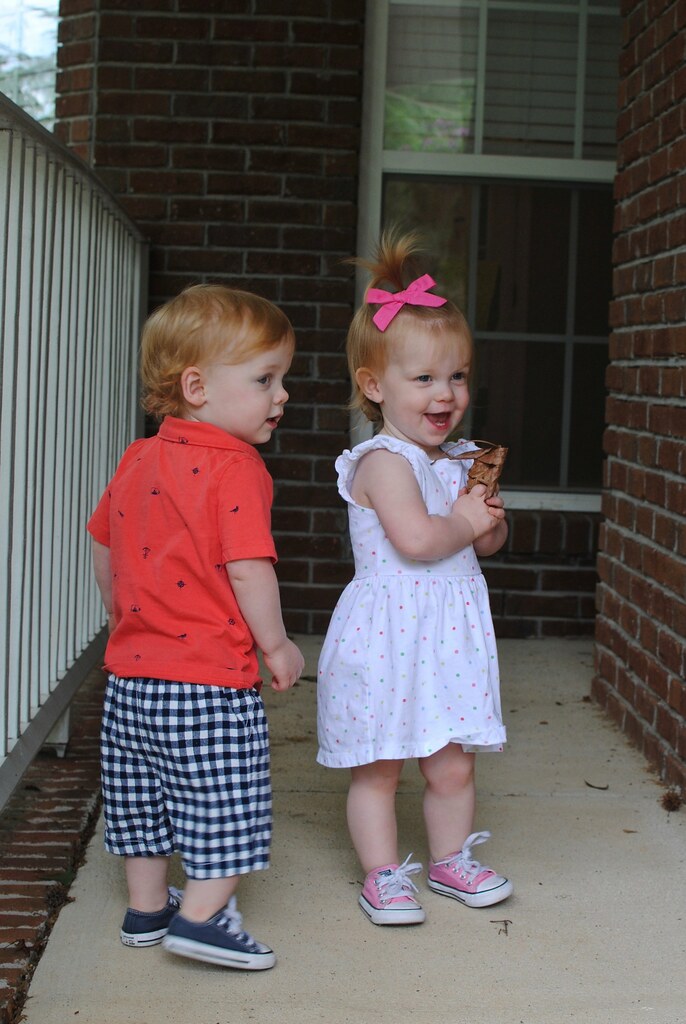 Since I last updated here, they’ve had so many milestones. Some were not so fun: first (among many) sick visits to the pediatrician, first surgeries (ear tubes for both). But then we got to enjoy things like their first Easter egg hunt, first artwork brought home from “school,” first time in a swimming pool, first time walking through the parking lot holding hands instead of being carried, and of course first words! Neither baby is talking much yet, but now that they’ve got their ear tubes and can actually hear (after months of constant infections and fluid in their ears), we’re not worried. They’ve made a lot of progress since getting their ears clear. 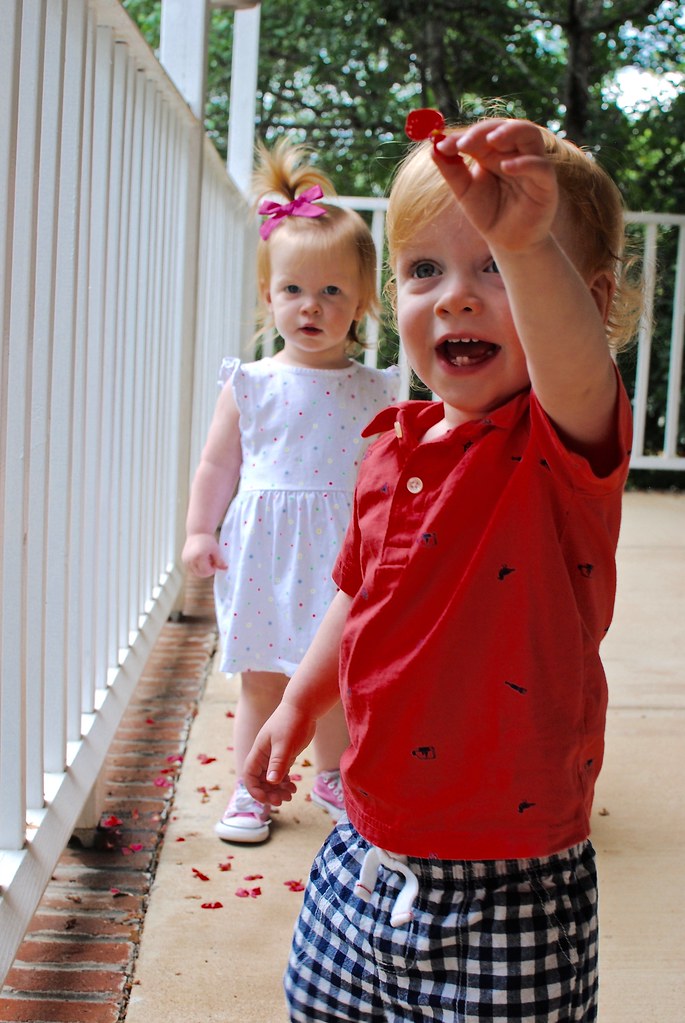 They have their own little world at daycare every weekday, where they hang out with their little friends and their teachers and do art projects and sing songs and take naps on tiny little cots, which seems insane to me, but their teacher says it’s going well. They love to go on wagon rides around the neighborhood and climb up the play structure at our neighborhood playground and they really love to point out anything and everything to ask what it is. “Da?!” “Tree.” “Da?!” “Bird.” “Da?!” “House.” “Da?!” “Kitty.” “Da?!” “Tree.” “Hiiiiiiii!”

They are fun and funny and love to imitate each other and make each other laugh. They run to hug each other at the end of the day whenever one of them has been home sick from school. If one of them is crying, the other one will offer a binkie, stuffed animal, or book to ease the pain. The other day, E was crying about something in the tub, and L just reached over to her and started gently touching her face, pointing out her nose, eyes, ears, and so on — this is one thing I often do to distract them from fussing (“Where’s your nose? Where’s your belly button?”). Let me tell you, when L started doing it for E, it was the sweetest thing in the world. 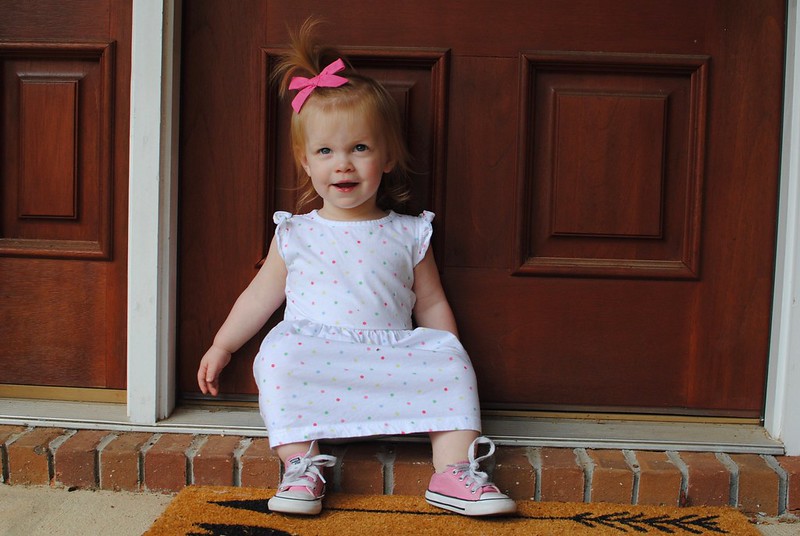 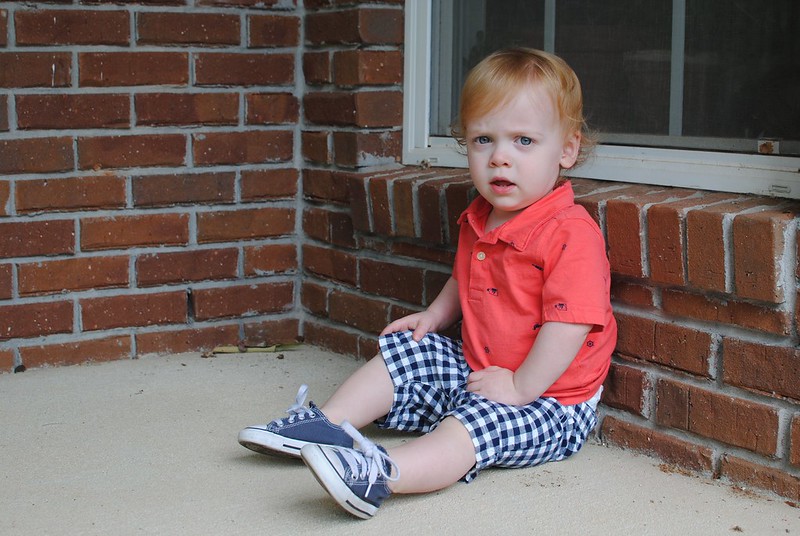 They are exhaustingly wonderful and I am often in grateful disbelief that I get to be their mom.