E&L had tubes placed in their ears earlier this year after a series of ear infections and constant fluid in their ears. In addition to the effect so many courses of antibiotics would have on them, we were also worried about their hearing and speech development — if they couldn’t hear, how could they learn to talk?

So we had the tubes placed and it was relatively quick and easy (as far as surgery goes — it’s still not great to hand your baby off to a nurse and know they’re going to be put under general anesthesia) and afterward they could hear! And they started to talk! But part of the Ear Nose and Throat doctor’s follow-up care involves tests to make sure that they’re hearing well. L passed his right away, but E has never passed her tests.

The audiologist has to place an instrument in the outer ear that makes sounds and measures the ear’s response to it (an Otoacoustic Emissions test, or OAE). They get best results when the child is still and quiet, so, you know. Difficult for a toddler to achieve. Plus, frankly, the audiologists at the ENT’s office never seemed willing to try very hard to make it work. They wound up referring us to a hearing specialist to do more and different tests to see if they could get a passing result for her. She was so cooperative and good! Her left ear got a passing result right away, but then she wanted to move and talk a bit while the doctor was testing her right ear. She was able to measure the response she wanted, but not at a high enough level for a pass.

The next step was to let her respond to stimuli in the booth. This was kind of fun to experience. E got to sit in my lap inside the sound proof booth while the doctor was outside observing. The doctor made sounds at different levels on E’s right and left side to watch her look for the source. My job was to be so quiet and still and not consciously or subconsciously cue E to look in any particular direction — just keep her comfortable and calm. She passed this test at normal levels and did great. Then, while we were still in the booth, the doctor tested her speech comprehension by asking her to touch her nose. At first, E didn’t seem to want to respond. I know she knows this because she has been playing touch-your-nose forever, but she can be a contrary little soul. So when she didn’t touch her nose after several requests, I kind of shrugged at the doctor through the window, like, enh, you win some, you lose some. But then E decided to get on board with the game and proudly showed off her nose, eyes, and ears while also waving and grinning at the doctor. Yay! 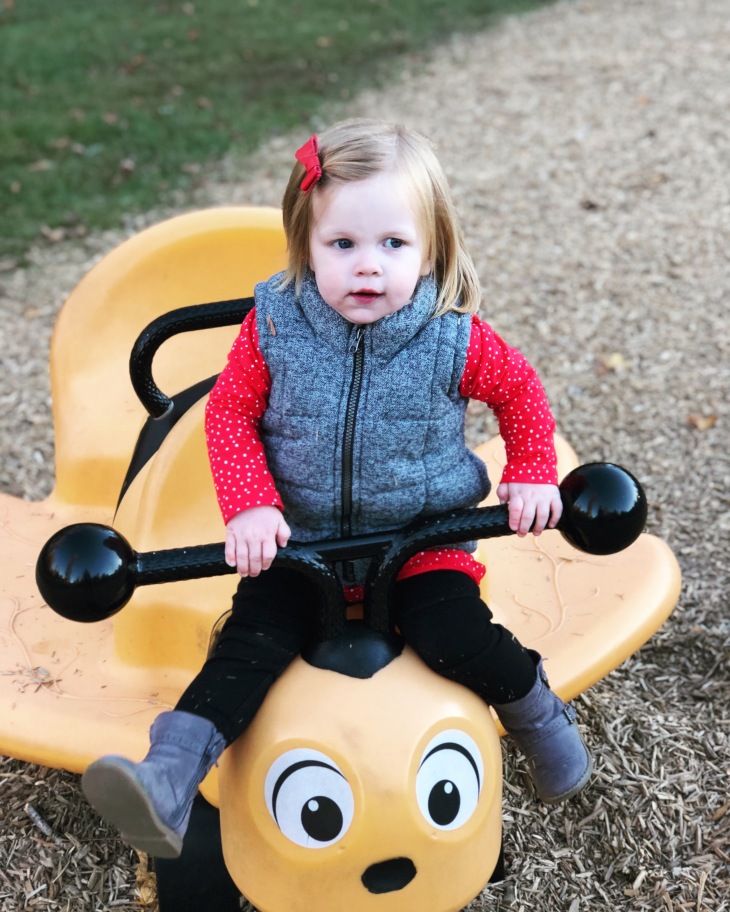 So the upshot today was that the left ear is totally fine. The right ear may have failed the OAE due to noise/movement, or she may have failed because sometimes tubes cause them not to see the desired OAE response. But she’s doing great with her hearing and speech development and the doctor had zero concerns right now. If we start to have concerns in the future, we can go back, but otherwise we’re good to wait until her next six-month follow-up at the ENT. I wish we could have just gotten a straight pass on the OAE for both ears, but I guess this is still fine so I’ll take it.