Hi, so, yeah, we adopted a puppy. Technically we are still fostering her for a couple of weeks but we’re planning to make it official as soon as we can. 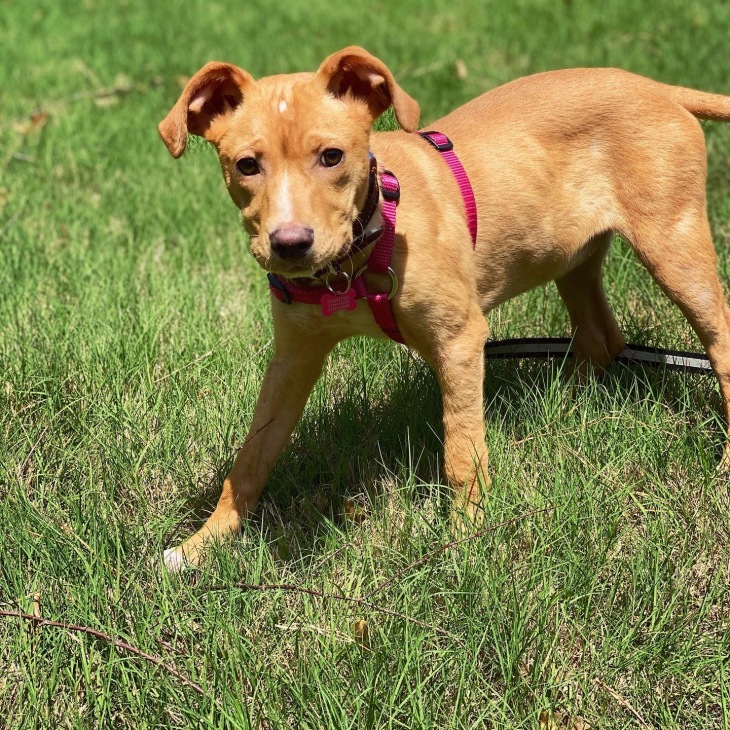 Her name is Harriet and we also call her Harry. We think she’s about 3-4 months old and she’s kind of on the large side, so she’ll probably be a big one. There’s likely to be some pit bull in her (almost all mixed breed dogs at the local shelters and rescues seem to be pit mixes?) and something with a short tail. Who knows. 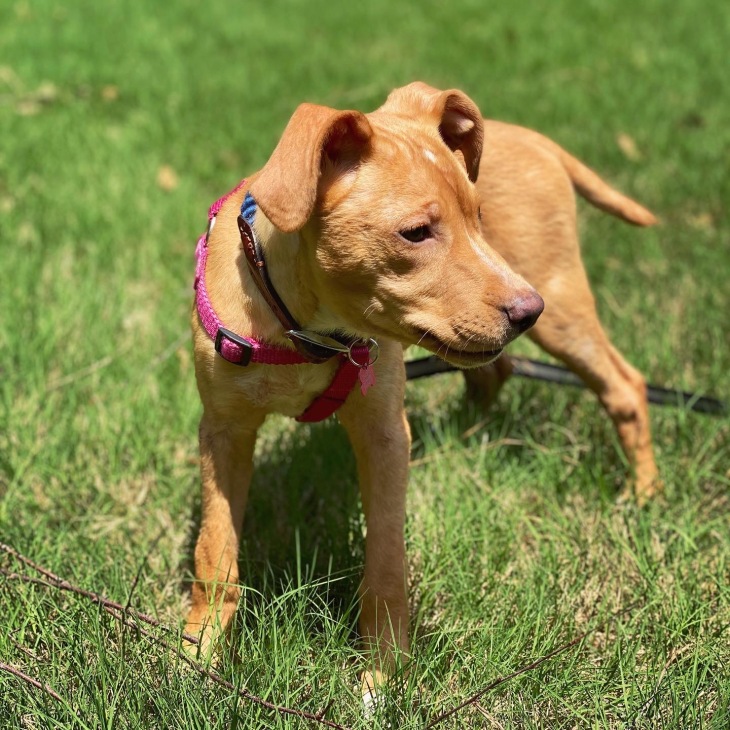 She’s super sweet and comes right up for pets and hugs every time she gets out of her crate. She is eating meals and sleeping in the crate and will usually be happy in there for short stints during the day when we need her safely contained. 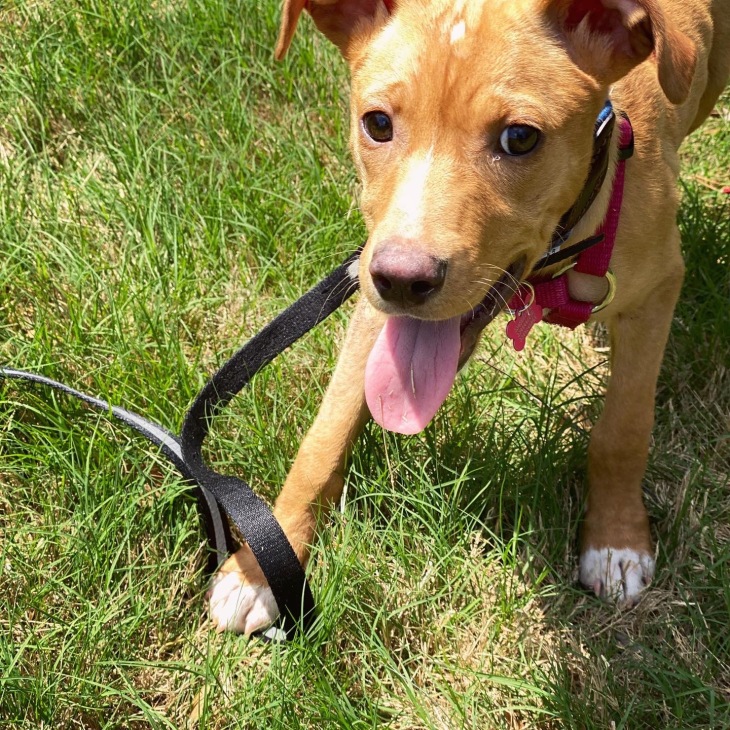 It only took us about 14 days of quarantine to bring a puppy into the mix, heh. It may seem sudden, but actually we’d been talking about adopting a dog for several months now, just sort of waiting for the time to be right. We thought maybe after our spring break trip, or maybe during the summer, or maybe after our summer road trip…but of course no one could have foreseen that we’d suddenly find ourselves working from home for several months. With everyone home, what better time to adopt a puppy, right? We don’t have to worry about coming home to walk her during the work day, or whether she will tolerate being crated while we are gone for hours at a time. We are simply never gone. We can walk her as many times a day as she needs it, and we can gently crate train her and can be here with her as she gets adjusted to our house and learns the rules. It’s gonna be great. Just a little bit of happiness during this weird, sad, and scary time.

It’s been so long since I have trained a puppy. I had sort of forgotten how some of the elements can be unexpectedly frustrating, like when you’re walking them outside and they just won’t go and then they promptly pee on the rug five minutes later. Just as an example and not to call anyone out, ahem. We’ve made some progress on nighttime crate training just by moving her crate into the bedroom at night. She seems comforted to know we are nearby and in the past two nights (that’s as long as she’s been in our room) she hasn’t whined at all. She’s also so eager to learn! We have been working on “sit” and “down” with some good success. As L is now fond of saying, “it’s going well.”